On Wednesday google announced the release of their new virtual reality embed tool ‘VR View‘. Making it a hell of a lot easier for developers to quickly embed virtual reality images and videos in to their websites and apps. 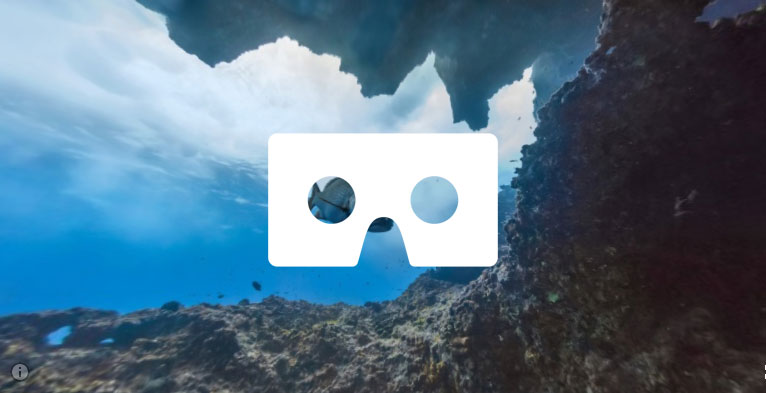 The tool allows for native and non native embeds which means it should perform admirably in both in browser and across iOS and Android devices using VR headsets such as the Google Cardboard or Samsung Gear VR. Even without a virtual reality headset, the experience on both mobile devices and browsers is great, with the potential of much more immersion to come.

Below is a quick example of the embed in action (taken directly from the Google documents). If you’re in browser, try panning around with the mouse, or if you’re using a mobile device you can move the device around to see the embed in action, scroll around using touch, or strap on a VR viewer to get the full intended experience.

If you’re interested in what’s going on then head over to Googles VR View announcement blog, browse the VR View documents or if you’re feeling lucky, go straight to the VR View Github Page.

The easiest way to test this out and start developing for VR on your site or apps is to grab yourself one of the compatible virtual reality headsets and get stuck in.

You can grab a Google Cardboard or Samsung Gear VR from Amazon now, and they’re both pretty well priced. Have fun!